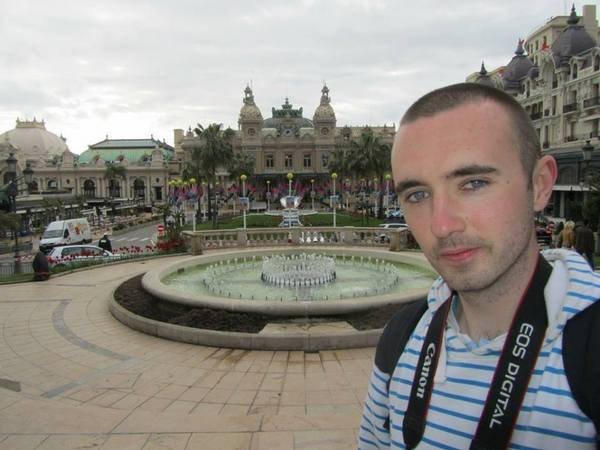 As a 24 year old Brit, most people my age would go on wild party holidays in Thailand, all inclusive beach holidays in the Mediterranean or even just a city break to Paris, Barcelona or Rome. I, on the other hand, wanted to visit every country in Europe before the age of 25. Crazy goal, I know, but there was method behind the madness, apart from visiting 50 countries in 5 short years - finding a new place to live in the future.

So my first choice for a new place to move to, is the mighty Moscow. 'Why?', many ask me. But there are multiple reasons for choosing here over say, Berlin or Budapest. First, I've already been here 3 times so it definitely intrigues me a lot, especially as this is the home to some of the finest arts in the world like the Bolshoi Ballet and various orchestras. It also houses some of the most iconic structures globally, such as Red Square, as well as being an excellent place to make a career for oneself. Not to mention the tasty, filling cuisine and hospitable character of its people.

But with such a drastically different (and difficult) language and script, completely different working hours, huge population, a dizzying transport network and many other little things my fellow Brits would see as rude, a culture shock, or even just plain weird, is Moscow really the place for me? I asked several long term expats based in Moscow for their views on the city, to get a foreign inside view and see if this really is the place for me to be. 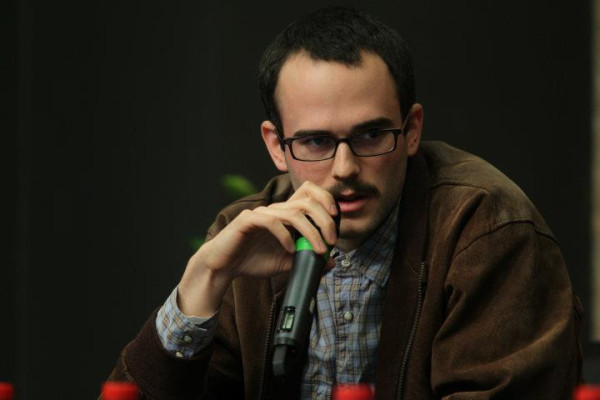 I definitely think infrastructure is slowly getting better. At least there seems to be more of an interest in consciously thinking about the how we can improve the urban environment we live in and showcase some of the great cultural things it helps to facilitate and produce.

Moscow has changed a lot and continues to everyday. Moscow isn't Moscow without the people in it of course, so speaking about them one change would be style and the way people dress.

Learning Russian, or any other language honestly, is one of the greatest things you can do for yourself and your mind. Its like unlocking a whole part of your brain you didn't even know existed.

The best way to learn Russian: find a Russian partner you really care about.


Jorge Garcia
Peru
Architect
First time in Moscow in 2005, the next time in May 2013 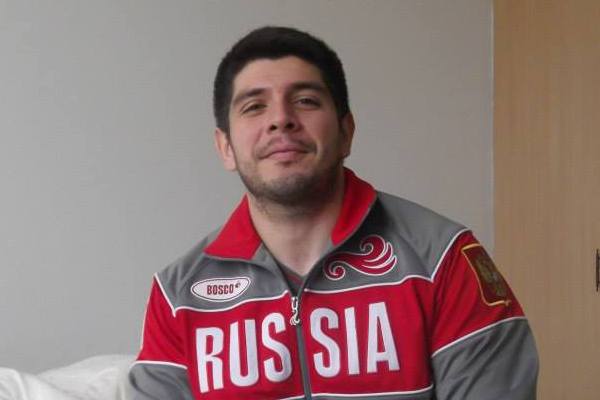 First time I came to Moscow to spare 10 days of my vacation, second time it was vacation and possible investment, then I stayed for a month. Change for me is in so many constructions projects everywhere, new buildings, restaurants, icons, many new cars, people are much nicer.

Yes, I've tried to learn Russian, the hard part is learning the cases, terminations of words in every case. That's difficult for me.


Julie Thevenet
France
Works at French Ambassy
First time in 2000 for 3 years, then in 2013 for 2 months in Moscow 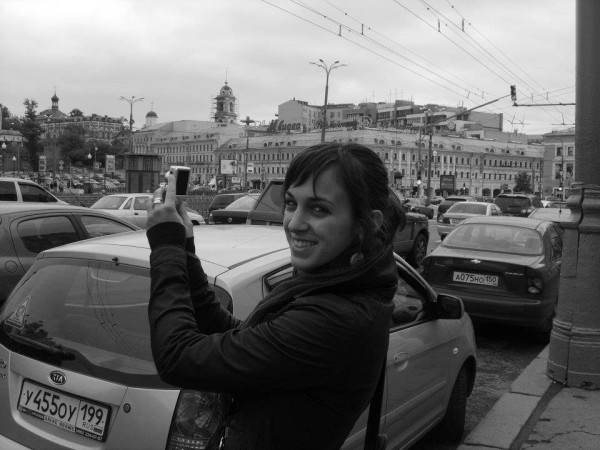 I arrived in Moscow in June 2000, 3 months after Putin was elected as a President. Coming from France, we were almost prepared to live in a third world country according to what we read and heard. Of course, it was not the case at all! At that time, I think there was a wave of optimism. The service were good and efficient, metro wonderful, bus working even if old. And Moscow people were really helpful and curious, and I am not even mentioning theatres, operas, the circus, which were wonderful! I left the city in 2003, promising myself to come back later...which I actually did in 2008. But the situation was much different. I think the crisis played a big role in the general atmosphere. The city was awfully expensive (I was a young student travelling at that time), people were not nice at all even if i was speaking russian. A lot of buildings remained unfinished and advertisments were polluting the visual atmosphere. And then I thought, I will never come back...

But then again...I have today found a job at the French Embassy. I am more than positively surprised. Services are good (I love the efficient Moscow metro), no more advertisments everywhere, and the mayor (if he remains the same, today) really did a good job with the renovation of old buildings for instance. You can now see how beautiful Moscow is. And I really mean it. I love the mix of history in the city, where small beautiful churchs are remaining in the middle of 70's communist buildings. I love the fact that history is written in the architecture of the city. Moscow is not a museum city, you have to look carefully to see all the beautiful details she is hiding.

Concerning practical details, I would even say that some things are even easier than in France. I mean phone, internet, transport, at least, services in general...as long as you speak Russian! Because I still think Russian is necessary here. And people will even be nicer to you if you speak a bit of the language.


Shahar Waiser
Born in Moscow, grew up in Israel from the age of 16, then spent 7 years in Silicon Valley California, and now back again to Russia.
Founder of GetTaxi and Vigoda.ru
All my childhood from 0 to 16 and then again from the age of 30th (last 8 years) I lived in Moscow. 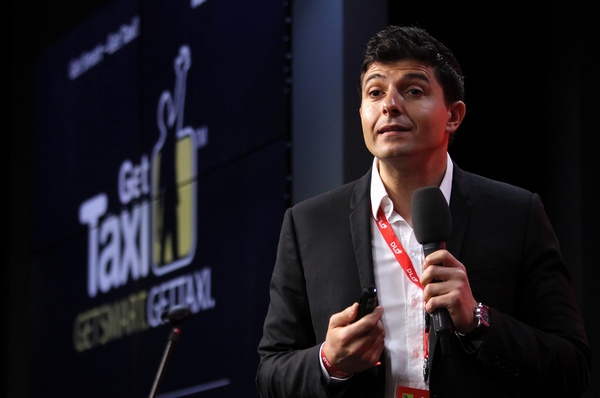 Five years ago Moscow was absolutely different from today. Nowadays the city has gained an European look: modern parks, restaurants with cuisines of all nationalities, clean and safe streets. It's become convenient both to work and to have fun.

I've spoken Russian since my childhood, so it was much easier for me respectively to other expats. Overall, the infrastructure of Moscow has largely remained the same over the last 5 years. Moscow is a huge place, so it's unrealistic to expect a city-wide impact over such a short period. The global financial crisis in 2008 certainly had a big impact on private capital spending, with many building projects frozen. However, things have recovered quite a bit and I see a number of new shopping centres on the outskirts of the city, as well as huge new residential blocks and expansion of highways. The emergence of Moscow City as a business centre is also a visible, outward symbol of modernizing Russia.

The recent concentration of the Moscow municipal authorities has been on the highly-visible areas in the very centre, which have undergone a real transformation, especially in the last 8-10 months. Many streets have become pedestrian-only, which is great way to encourage street life but not particularly suitable during the majority of the year, given Moscow's frigid weather. Same for the bicycle hire programme. Another welcome change is the improvement of Gorky Park, which is literally a breath of fresh air in both summer and winter.

Moscow has definitely lost some of its "edge" over the last 9 years. Unlike in New York City, where visitors can walk around like grinning, vacuous zombies and still emerge unscathed, in Moscow one needed to have some street smarts to deal with threats like drunks, criminals, and the Militsia. These have definitely become less of a concern.

On a separate note, one of the things that really attracted me to living in Moscow was that people had much more intellectual interests than the typical New Yorker. While riding the metro, many Russians would be reading books. Now, while some have switched to e-readers, I see a lot more people listening to music or playing games on their mobile phones, just like in New York.

Regarding the Russian language, I have undertaken Russian language training and have fairly good comprehension in social situations. But it's a fallacy that one must speak Russian to be successful here in either business or social spheres, often perpetuated by foreigners who have invested a great deal of time in becoming fluent in Russian and position it as one of their core skills. I firmly believe that that marginal time is better spent trying to become more proficient in one's profession. Having done business in Russia for the last 9 years, I can honestly say that my lack of fluency in Russian has not been a barrier to my business accomplishments. On the contrary, many people with whom I interact prefer to deal with me in English rather than with my colleagues who speak Russian.

And in the social realm, all of my close friends are Russians who speak fluent English. My attitude is that if a Russian does not speak English, they are probably not the type of globally-minded, well-travelled, curious and ambitious person I would seek for my social circle. And vice versa.

Finally, in purely practical terms, I've done business in more than 25 countries and travelled in more than 70. If I learned the local language everywhere, I'd be doing little else with my time!

After writing this post, I have since been offered two teaching jobs with different schools, as well as continuing to build up my private student network. And having seen other peoples outlooks on Moscow, it has made me even more determined to move here and become part of a wonderful global community that, in my eyes, even London can't rival.